Dreaming of a better tomorrow – poverty, health and ownership in mining communities

“In the nineteenth century, many miners were ‘cured’ by having the problem amputated.  The limited skills of some colliery surgeons and more general the inability of orthopaedics to carry out the complex repairs to limbs that came in the post-war period meant that amputation was often the easiest or indeed the only option.” 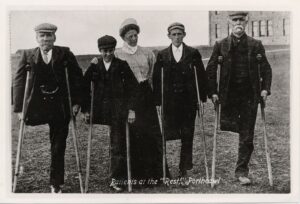 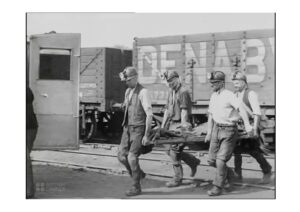 In the mid-1920s mining was the most dangerous of all major industries; with roughly 5% of the working population it had 25% of all industrial accidents. 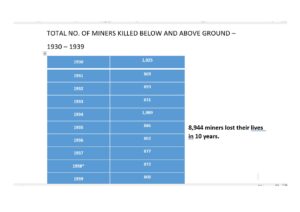 The Royal Commission on Safety in Mines 1935 – 8, found no change in the general level of accidents for the previous 15 years and during the 3 years of its Inquiry, 850 miners had died.

The Nottingham Journal in 1942 reflected on,

“the sights we used to see in mining villages, of men with injured spines and other fractures, becoming simply human derelicts.” 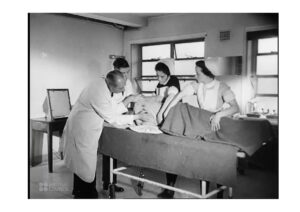 Screenshot from British Council’s, ‘They Live Again’,  Treatment for compressed fracture of the spine