On the 3rd September this year a short service of dedication was held in the grounds of the National Memorial Arboretum to mark the opening of a new Miners Memorial. 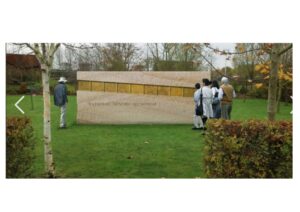 Mining Memorial at the National Arboretum.

Built in Derbyshire stone, the memorial has a bronze frieze depicting the history of mining including recognising the colliers’ contribution to the two world wars. 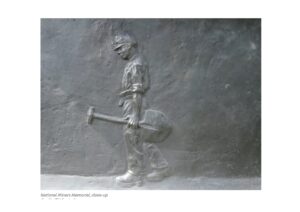 Close Up of an element from the Mining Memorial. ITV News Central

Research shows that 45 miners were awarded the Victoria Cross following the Great War, whilst two who served in the Second World War were awarded this honour.

Panels on the £100,000 tribute, designed by artist Andrew DeComyn, were funded by donations from mining heritage groups in Kent, Leicestershire and the north-west of England and show the aftermath of a roof collapse.

Chaps member Len Prince, a former miner, said it was “only fitting” that the miners’ memorial was near others honouring the RAF Regiment and an Army artillery regiment.

“The Industrial Revolution was bought on the backs of the hard work of miners,” Mr Prince said.

“It was top secret work and one of the most dangerous things you could do – so the memorial has got plaques representing that.” 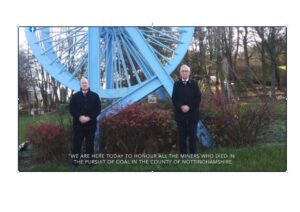 Categories: News.
« DREAMING OF A BETTER TOMORROW – POVERTY, HEALTH AND OWNERSHIP IN MINING COMMUNITIES
WE MUST REMEMBER (2) »