For a little extra context on the Women’s Action Groups, more can be read here.

Witham’s book was dedicated to the active women in Nottinghamshire, who were involved in the Miners’ Strike of 1984-85. On page 5 of the book, Witham sums up the Nottinghamshire women in a few lines:

‘The activists numbered only about two to three hundred, which meant, inevitably, that a few women did a great deal of work.’ 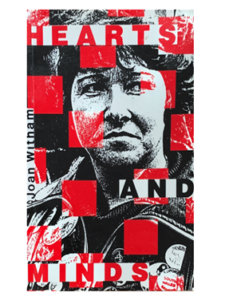 It was affectionately known as the central group, or the umbrella group… The Nottinghamshire Women’s Support Group was the delegate body of women’s support groups throughout the country. The network came to fruition from a meeting, in April 1984 where 4 Mansfield residents met up, to discuss what needed to be done regarding the strike. These four people were as follows; Julie Wilkinson, Ida Hackett, Ernie Daglish and Andy Miller. They knew it would be a long struggle and wanted to boost morale in mining communities, between both men and women. The first meeting was held in Mansfield Community Arts Centre. (Witham, 1986) 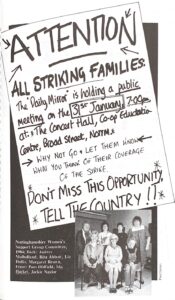 The local Women’s Action Groups, which came to existence, following the meeting in April of 1984 are featured in Witham’s book, and listed below.
(Pit Support Groups in alphabetical order)

(Here are some striking *pardon the pun* images that are featured within the book, from various groups across Notts) 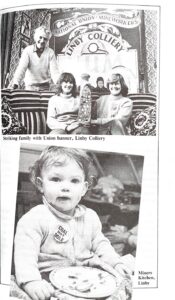 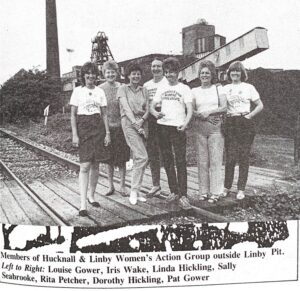 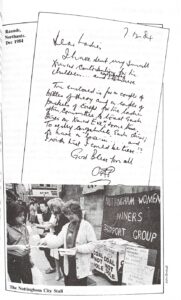 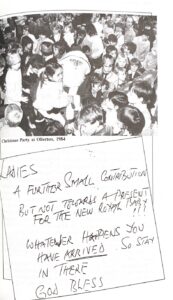 Were you in a local Women’s Action Group? Does your name feature in ‘Hearts & Minds’? We would love to hear from you.
Email: nottswomenandmining@outlook.com