The Annual Notts Miners Gala began with a ’procession’ – a march and a demonstration starting on Chesterfield Road and continuing down Westgate, through the town centre, and up Nottingham Road and Berry Hill Lane to Berry Hill Park.

This is the route, procession order and order of events for 1956 (Thanks to Our Mansfield and Area for these photos some of which are from a private collection).  Some 12 bands took part in the procession in 1956.  The band marching down Westgate is from the 1972 procession and is a Chad photograph. 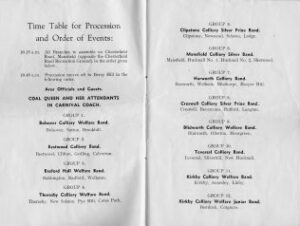 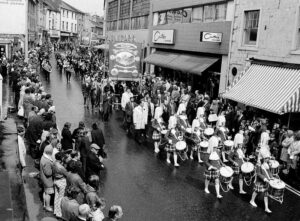 Thousands of people would line the roads waiting for the march to pass.

These pictures are of the crowds waiting for the 1966 march to pass. (Thanks to Mansfield Chad for permission to use all the following photos.) 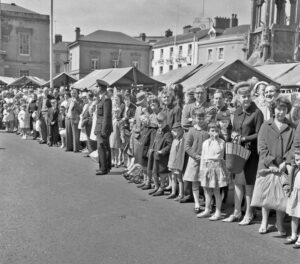 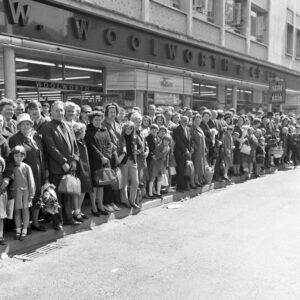 National and local political and trade union figures would lead the march.  This photograph shows Mansfield’s MP Don Concannon and Tony Benn MP at the front of the 1974 Procession. 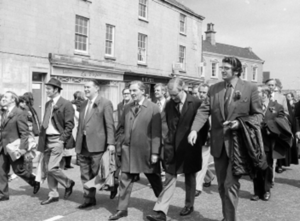 Banners would be carried, bands would play and pit floats (on decorated lorries) would feature children and local people from pit villages.   These photographs are of the Clipstone, Sherwood and Thoresby floats in the 1966 march and procession.  The Balance of Payments float is from 1974. 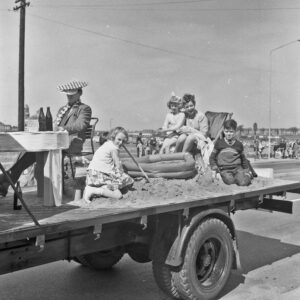 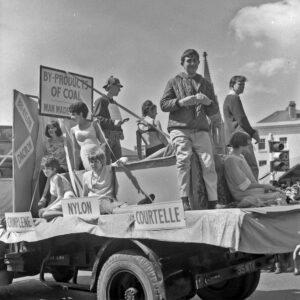 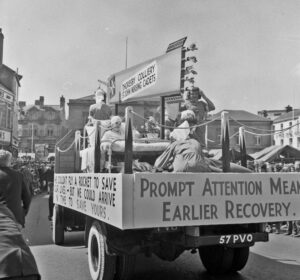 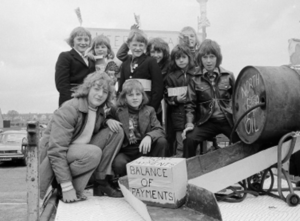 If you recognise yourself in any of these photos, and would like to share your story with us, please get in touch.