We should like to thank Thoresby Colliery Band for allowing us to provide a link to their moving rendition of Gresford, The Miner’s Hymn.

On September 22nd 1934 an explosion at Gresford Colliery in The North Wales Coalfield near Wrexham killed 266 miners. Gresford, the Miners’ Hymn,, with its haunting melody was written by a former miner, Robert Saint, to commemorate the Gresford pit disaster in 1934. It has been played at mining events ever since.

Thoresby Colliery Band have been entertaining audiences for over 75 years. Formed by the colliery in 1948, the band have gone from strength to strength and are the highest ranked Championship Section band in Nottinghamshire. Although the pit has now gone, the band are still very proud of their local heritage and the links they hold with the local community.

These older photos of the band are printed with the kind permission of Mansfield Chad and JPI Media.  We do not have dates or venues for these events and occasions. 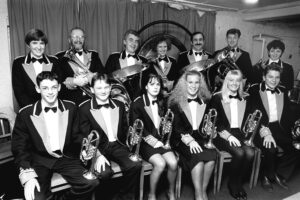 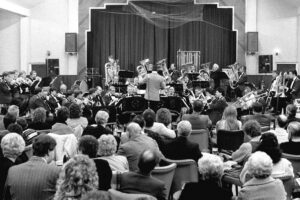 Categories: News.
« WE ARE WOMEN, WE ARE STRONG
Blidworth Welfare Band, “we started out as the Stanton Hill Temperance Band” »