Our visit was, “So Much Fun”

Passing on the Memories by making it ‘fun’ and ‘educational’ 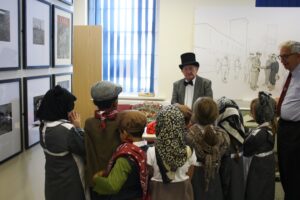 The children took part in a play; they play acted being children before the 1842 Coal Mines Act banned children in mine.  They shovelled coal into bags, and met the Coal Owner to find out how much their labour was worth.  They took part in a Vesting Day (6th January 1947) parade, celebrating that the Mines were now Owned by the People.  They played musical instruments and marched to music as many children and families had done in 1947.

This is what the children said of their visit:

“We have tried to think of the best part of our visit, but we cannot decide as everything we did was just so much fun. As well as being enjoyable we also learnt so much about the mines that we didn’t know before.” 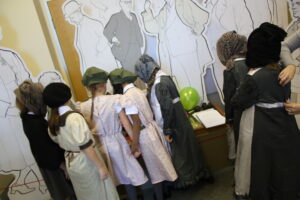 The children produced drawings following their visit, highlighting what for them was most memorable: 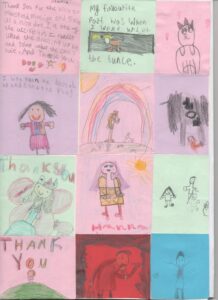 The children drew themselves taking part in the play and going down the ‘coal hole’.

Categories: News.
« PASSING ON THE MEMORIES – HOW DO WE DO IT?
LAUGHTER AND FUN IS THE WAY TO GOOD LEARNING – 3rd Education Blog »