THE CREATION OF A NATIONAL, PERMANENT MEMORIAL TO COMMEMORATE THE MEN, WOMEN AND CHILDREN WHO WORKED IN THE MINING INDUSTRY AND WHO SERVED OR DIED FOR THEIR COUNTRY.

A long standing campaign to create a National Miners Memorial, initiated by the National Union of Mineworkers, supported by the Notts NUM Ex and Retired Miners Association locally, and brought to fruition by a group of volunteers based in towns within the former Cannock Chase Coalfield. has been successful.  CHAPS (Chase Arts for Public Spaces) has been given the go-ahead to place a monument at the National Memorial Arboretum in Alrewas, Staffordshire.  The Memorial, which will cost £100,000, is a way of recognising the contribution and sacrifices, made by the country’s mineworkers. 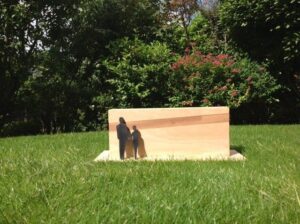 The structure  will stand at 5 m long by 2 m high and 1 m wide has the backing of the National Union of Mineworkers, MPs representing former mining constituencies and the Arboretum.  A site has been identified and the monument is expected to be unveiled in June 2021.

CHAPS, set up in 2003, works to support and promote public works of art and to celebrate it’s areas diverse heritage.  The group is behind lasting tributes to the mining community of Cannock, Hednesford and Rugeley.  President Mike Mellor said, “During research for these particular projects and from queries received from around the country it appeared many mining areas were without some form of recognition of their mining heritage.”

From that point on the idea for a National Memorial was conceived and following discussions, a design was agreed upon with sculptor Andy de Comyn, whose work includes the Shot at Dawn memorial at the 150 acre Staffordshire National Arboretum site. 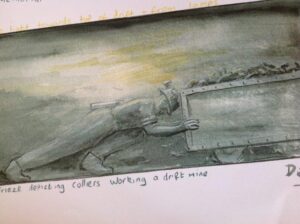 Built in Derbyshire stone, the memorial will have a bronze frieze depicting the history of mining including recognising the colliers’ contribution to the two world wars.  research has discovered that 45 miners were awarded the Victoria Cross following the Great War, whilst 2 who served in the 2nd World War were awarded this honour.

In June 2019, Mr Mellor said, “It’s fantastic that the project has finally gained approval.  CHAPS will now engage in raising the appropriate funds to construct the Memorial which will honour the contribution miners have made in service to their country. 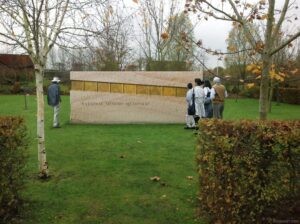 “We sincerely hope the public approve of our project, particularly those living in areas with a mining heritage, and that they feel able to donate to the project, which will be a fitting legacy to the miners.”